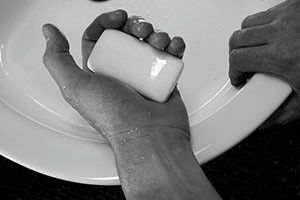 Mental health problems are extremely common, and many times more treatable than people expect. There are a whole host of reasons why some suffer from mental health disorders. Genetics, upbringing and environment can all play a role in a person’s well-being and mental health.

OCD, obsessive compulsive disorder, is one of the most common mental health disorders.Many people have low levels of OCD about certain things, which is completely normal. When one suffers from serious OCD, it can greatly impede their quality of living and everyday activities.

OCD is characterized as an anxiety disorder and involves irrational repeatedness. For example, someone with OCD may check on things or perform tasks repeatedly, causing distress and getting in the way of everyday tasks. Another common behavior is cleaning obsessively and being irrationally afraid of germs.

This disorder affects around 2.2 million Americans and usually develops during childhood or young adulthood. There is a spectrum of OCD depending on the person, where symptoms may get better or return and get worse. This illness can be very frustrating and discouraging for the person suffering with it as well as people around them.

Most medication that is prescribed to help OCD include anti-anxiety medications and antidepressants, which come with a whole slew of side effects.

Acupuncture is one of the oldest forms of medicine and can also offer an alternative treatment to help OCD.

In Traditional Chinese Medicine, OCD is considered to be caused by an imbalance of the kidneys. When kidneys are not functioning properly, the body and mind can become stressed.

Acupuncture works by the specific placement of needles on different points throughout the body. These points work to release blockages in the body and return the body back to its natural flow and as a result, back to health. Acupuncture is known to lower stress and anxiety levels and calm the mind. When this happens, a person is less likely to have compulsive tendencies.

If you or someone you know is suffering from OCD, ask an acupuncturist how acupuncture treatment could be the right option for better health.

Many people who suffer from Obsessive Compulsive Disorder find that treatment options may not be working as well as they hoped. Emotional Freedom Technique, or tapping, is an alternative treatment that can be used to help those with OCD and lead to a healthier, stress-free life. Similar to acupuncture, EFT is based on the idea that our bodies have a meridian system that creates an energy flow throughout our body and to our organs. When there is a blockage or stagnation in this flow, illness can arise. Unlike acupuncture, tapping can easily be learned and can be a self-treatment without the needles.

How can EFT help OCD?

EFT works to correct the root cause of the problem, and in the case of OCD that is the compulsive thoughts that precede the compulsive action. Habits are extremely hard to break for those suffering with OCD, EFT works to change the mindset and energy before the behavior begins. This safe and completely harmless treatment focuses on the meridian system of the body and tapping each of the 12 meridian points 5-7 times. At the same time, it is important to focus on accepting and letting go of negative emotions that are causing compulsive behaviors. By doing so, you are calming the mind and returning the body back to a healthy balance.

Studies done at accredited institutions such as Harvard Medical School have found the effectiveness of EFT tapping. One study found that when these meridian points are stimulated, the body’s stress and fear responses are lowered. Dr. Dawson Church has spent many years studying tapping and has found that war veterans who received tapping treatment had a 63 percent decrease in PTSD symptoms.

OCD is not something that is easily curable, but there are treatment options such as EFT tapping that have proven to be helpful with no side effects. Talk to an acupuncturist on how tapping can be incorporated into your treatment program and get you back on the road to better health!

This article was posted in Acupuncture, Wellness and tagged eft, mental health, obsessive compulsive disorder, ocd, tapping. Bookmark the permalink. Follow comments with the RSS feed for this post. Both comments and trackbacks are closed.
1-425-391-7777 Directions Contact/Schedule